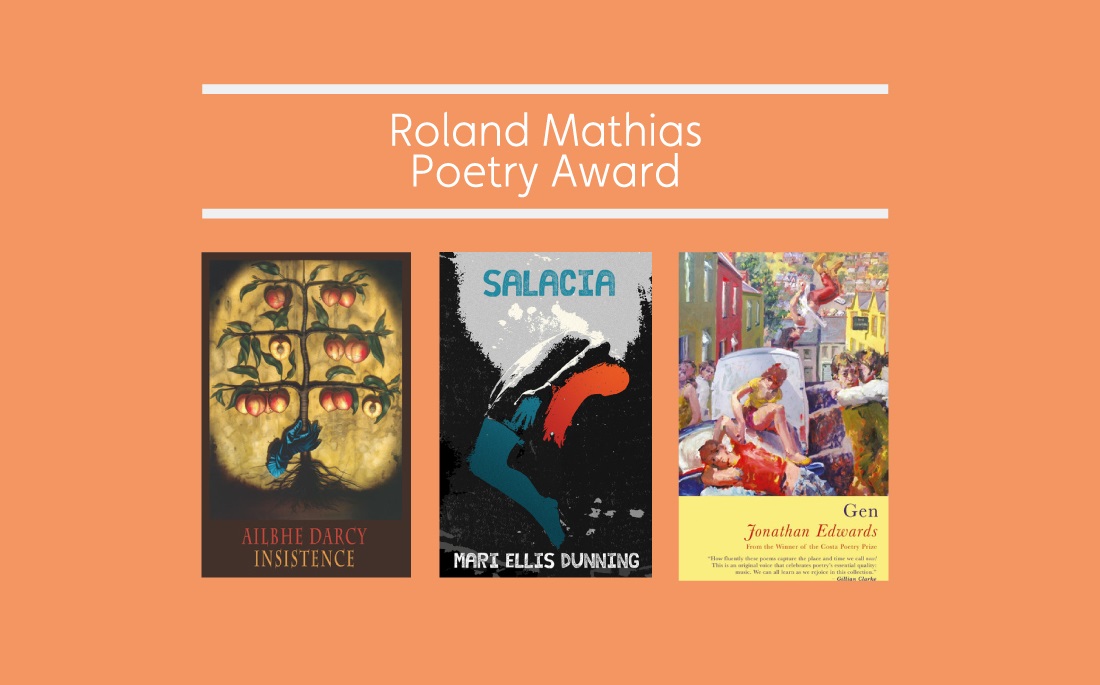 ‘A beguiling, sometimes baffling, yet unique slant on the world.’   – Ben Wilkinson, Stride

A new child should mean new hope. But what if that’s no longer so? Ailbhe Darcy’s second collection unfolds in an intimate world, in which the words home and love dominate. But the private world is threatened by a public one. Written in the American Rust Belt, in an era of climate change and upheaval, Insistence takes stock of the parent’s responsibility to her child, the poet’s responsibility to the reader, and the vulnerability of the person in the face of global crisis.

AILBHE DARCY was born in Dublin and brought up there. She studied for her PhD and MFA at the University of Notre Dame in the US, and taught there and at Westfälische Wilhelms- Universität Münster in Germany. She is now a lecturer in creative writing at Cardiff University.

Imaginary Menagerie (Bloodaxe Books, 2011), her first book-length collection, was shortlisted for Ireland’s dlr Strong Award at Poetry Now / Mountains to Sea. A collaboration with S.J. Fowler, Subcritical Texts, was published by Gorse in 2017. Her second collection, Insistence, is out from Bloodaxe in May 2018.

‘A unique and urgent voice plotted against a rich lyricism. These poems are visceral, inventive, with every riff packed to the brim with awe.’ – Rhian Edwards

This accomplished debut poetry collection is a contemporary reflection on mental health, mythology, love and loss.

In these poems, women raise their voices and subvert the age-old tales told on their behalf: Roman goddess Salacia explores her tumultuous relationship with Neptune; Gwen Ellis, the first woman hung for witchcraft in Wales, reflects on her impending fate; a Queen bee is usurped by her daughter and depression visits in the emaciated form of an old and forgotten friend.

Salacia offers a stark and honest exploration of human nature and our fallibility, where the dark and sombre moments in life are as precious as the uplifting ones.

MARI ELLIS DUNNING is a writer of poetry and fiction. Her debut children’s book was launched at the Abergavenny Writing Festival in 2016. Mari has been a runner up in the Robin Reeves Prize and twice in The Welsh Poetry Competition; she has been both first place winner and highly commended in the Terry Hetherington Young Writers’ Award, has been the winner of Seren’s annual Christmas Poetry Competition, and has work published in several journals and anthologies. She has an MA in Creative Writing from Aberystwyth University and currently lives on the coast of Swansea.

‘These are poems for the places and times where we live. They sing in the language of now…We can all learn as we rejoice in this collection.’ – Gillian Clarke

Gen is a book of lions and rock stars, street parties and servants, postmen and voices. In the opening sequence’s exploration of youth and young manhood, the author sets his own Valleys upbringing against the ’50s youth of his parents and the experience of a range of pop culture icons, including Kurt Cobain and Harry Houdini. Other poems explore Welsh history and prehistory, and the collection concludes with a selection of sometimes witty, sometimes heartfelt love poems. With his characteristic humour, warmth, formal range and swaggering music, the author delivers a wonderful follow-up to his popular and critically-lauded debut.

JONATHAN EDWARDS’S first collection, My Family and Other Superheroes, received the Costa Poetry Award and the Wales Book of the Year People’s Choice Award. It was shortlisted for the Fenton Aldeburgh First Collection Prize. He has read his poems on BBC radio and television, recorded them for the Poetry Archive, and led workshops in schools, universities and prisons. He lives in Crosskeys, South Wales, and works as a teacher.