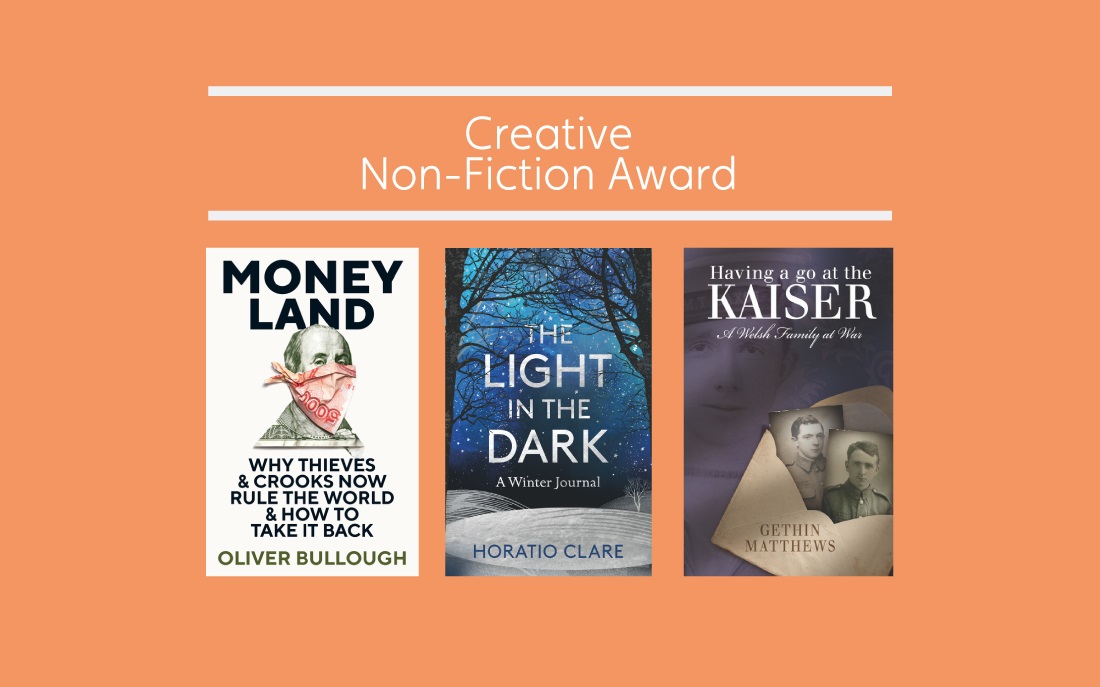 Every politician and moneyman on the planet should read it, but they won’t because it’s actually about them.’ – John le Carre

2019: democracy is eating itself, inequality is skyrocketing, the system is breaking apart. Why?

Because in 1962, some bankers in London had an idea that changed the world. That idea was called ‘offshore’. It meant that, for the first time, thieves could dream big. They could take everything.

Join investigative journalist Oliver Bullough on a journey into the hidden world of the new global kleptocrats. See the poor countries where public money is stolen and the rich ones where it is laundered and invested. Watch the crooks at work and at play, and meet their respectable, white-collar enablers. Learn how the new system works and begin to see how we can tackle it.

OLIVER BULLOUGH is the author of two non-fiction books about Russian history and politics: The Last Man in Russia (Allen Lane, 2013), which was shortlisted for the Dolman Prize, and Let Our Fame Be Great (Allen Lane, 2010), which was shortlisted for the Orwell Prize in the UK and won the Cornelius Ryan in the US. His journalism appears regularly in the Guardian, the New York Times and GQ.

The light in the dark: A winter journal
Horatio Clare
(Elliott & Thompson)

‘A treasure of a book, wonderfully attentive in outlook and generous in spirit’ – Amy Liptrot

As November stubs out the glow of autumn and the days tighten into shorter hours, winter’s occupation begins. Preparing for winter has its own rhythms, as old as our exchanges with the land. Of all the seasons, it draws us together. But winter can be tough.

It is a time of introspection, of looking inwards. Seasonal sadness; winter blues; depression – such feelings are widespread in the darker months. But by looking outwards, by being in and observing nature, we can appreciate its rhythms. Mountains make sense in any weather. The voices of a wood always speak consolation. A brush of frost; subtle colours; days as bright as a magpie’s cackle. We can learn to see and celebrate winter in all its shadows and lights.
In this moving and lyrical evocation of a British winter and the feelings it inspires, Horatio Clare raises a torch against the darkness, illuminating the blackest corners of the season, and delving into memory and myth to explore the powerful hold that winter has on us. By learning to see, we can find the magic, the light that burns bright at the heart of winter: spring will come again.

HORATIO CLARE is a critically acclaimed author and journalist. His first book, Running for the Hills: A Family Story, won the Somerset Maugham Award. His second book, Truant is ‘a stunningly-written memoir’, according to the Irish Times. A Single Swallow: Following an Epic Journey from South Africa to South Wales, was shortlisted for the Dolman Travel Book of the Year; Down to the Sea in Ships: Of Ageless Oceans and Modern Men won the Stanford-Dolman Travel Book of the Year 2015. Horatio’s first book for children, Aubrey and the Terrible Yoot, won the Branford Boase Award 2016 for best debut children’s book. He lives in West Yorkshire.

Having a go at the Kaiser:  A Welsh family at war
Gethin Matthews
(University of Wales Press)

‘…provides a view of the Great War from the perspective of the soldier – and one, moreover, which places that experience within a wider social context.’ – Paul Brendan O’Leary

This book is based on more than a hundred letters sent home by three Swansea brothers during the First World War, almost all of which relate to the period 1916–18 when Richard, Gabriel and Ivor Eustis were serving in different theatres. The run of letters written to different members of the family allow us to build a picture of what the brothers thought about a range of different issues as the war was being waged, and of how their beliefs and ideas evolved as situations changed. In common with other soldiers’ letters to their families, information on the battles fought is scarce – they are rather concerned with keeping the family bonds strong during the men’s absence. The dynamics of the family are revealed in letters full of sibling rivalry and affection.

DR GETHIN MATTHEWS is a Coleg Cymraeg Cenedlaethol lecturer in History. He is responsible for the Welsh-medium tuition at Swansea.